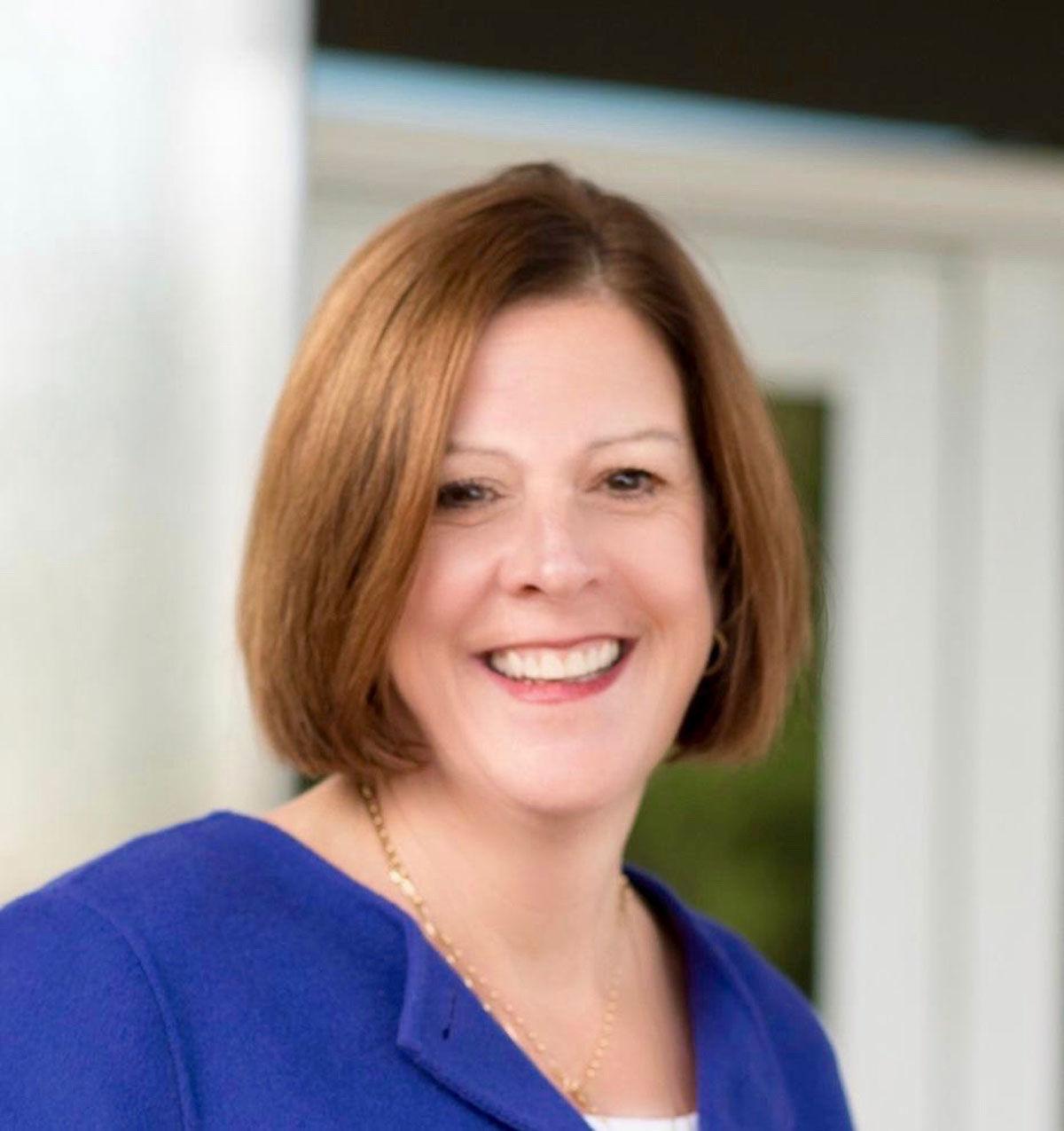 Terri Fraser McKay will be inducted into the Oscoda Athletic Hall of Fame on Friday, Sept. 27. McKay starred in track, softball, volleyball and basketball at Oscoda High School. 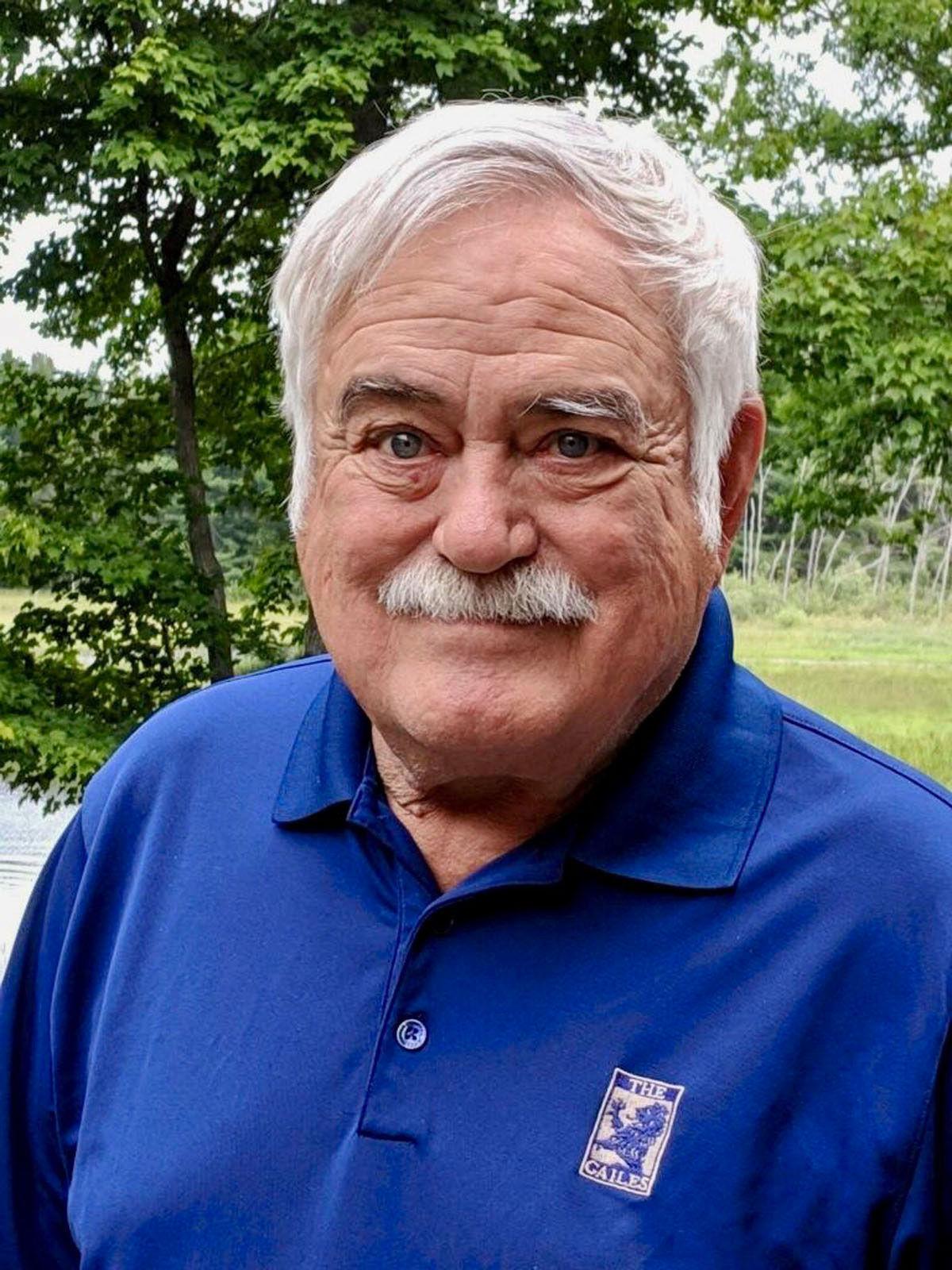 Former student, player, teacher, coach and founder Pete Bovan will be inducted into the Oscoda Athletic Hall of Fame on Friday, Sept. 27 along with five others on the football field.

Terri Fraser McKay will be inducted into the Oscoda Athletic Hall of Fame on Friday, Sept. 27. McKay starred in track, softball, volleyball and basketball at Oscoda High School.

Former student, player, teacher, coach and founder Pete Bovan will be inducted into the Oscoda Athletic Hall of Fame on Friday, Sept. 27 along with five others on the football field.

OSCODA – Class of 1978 Oscoda High School (OHS) graduate Terri Fraser McKay is one of six being inducted into the OHS Athletic Hall of Fame this month.

In her high school career, McKay starred in four sports including softball, track, volleyball and basketball. According to her nominator and former coach Steve Hennigar, McKay received all conference honors and was the captain on each team at one point.

She participated in softball for just one year which was her senior year. She starred in track for three years and placed 8th in the class B state mile run. Although she participated in four different sports, basketball and volleyball were what she pursued long after high school.

In 1974, McKay began playing on the basketball and volleyball team. She was asked to move up to varsity in both sports early in her high school career. Not only was McKay  a good athlete, she also excelled in high school making the honor roll and making the dean’s list in college.

She graduated from OHS in 1978 and received a four year athletic scholarship from Ferris State College now known as Ferris State University (FSU) to play basketball and volleyball. She played Division II volleyball as a middle hitter from freshmen to senior year and Division II basketball until her junior year.

In 1980-81, her junior year, she was awarded the Bulldog of the Year award. According to the criteria, the Bulldog of the Year award is presented annually to the most outstanding FSU male and female student athlete. Award criteria consists of strong athletic achievements (must be a letter winner and achieve outstanding athletic accomplishment), strong individual character and academic achievement.

“I was very honored. It’s a big honor because they only give one out a year and it recognized not just athletics, but also academics,” said McKay.

At the start of her fourth season playing basketball, McKay broke her foot which didn’t allow her to play for the rest of the season. She graduated from Ferris State College in 1982 receiving a bachelor’s degree in accounting. After college, she returned to Oscoda and worked in her dad’s printing business called Commercial Printing for a couple years.

In 1985, she married JK McKay and followed him across the state and country as he pursued the air force. Throughout that time, McKay said she held various accounting jobs in Louisiana, the Netherlands, Germany and Montgomery, Ala. She said when she moved to the Netherlands she began working for the federal government.

In 1992 while living in Alabama, she received her masters degree in business administration from Auburn University. She later moved to Washington D.C. and resided there for almost 20 years. She currently lives in Indianapolis.

In 2018, she received a honorary doctorate degree from FSU. She is currently employed at the Department of Defense as the Director of Defense, Finance and Accounting Service and has held the position for 11 years.

She said it was an honor to be recognized for the Oscoda Athletic Hall of Fame.

“It’s an honor to be recognized by people in your hometown after  what seems like a million years,” said McKay.

In addition to feeling honored for the nomination, she also wanted to thank her coaches who had a significant impact on her. The first of these being Linda and Steve Hennigar. McKay said Linda started the volleyball program at OHS and was her volleyball coach throughout high school and her basketball coach from sophomore to senior year. Steve was her softball coach her senior year at OHS.

“Particularly the two of them I thought were just outstanding and really have had a lot of influence on a lot of student athletes coming through Oscoda High School,” said McKay. “Just their dedication to giving high school athletes the opportunity to participate in sports.”

She also wanted to thank her track coach, Bill Derthick.

She went on to say the positive impact Oscoda sports had on her in her future endeavors.

“I think it just gives you a leg up on life experiences. You get to experience some of the things that you’re going to run into in life and so when you get out there in life and you run into things its not the first time you’ve seen it,” she said. “Working on a team, trying to work hard to get to a goal, understanding the pay off of hard work.”

She said you experience those different things by being on a team and when you go into a work environment later on you realize that’s the way things work.

“I think its important for the community to understand the value of those programs to the students who are participating in them,” said McKay.

McKay will be inducted along with her junior high small engine repair teacher Pete Bovan. Throughout his life, Bovan has been a student, player, teacher, coach and cofounder. Bovan is being inducted along with the OHS 1964 football team and Pete La Rouech, as well as, McKay, Sandra Niedergall and Cory Gildersleeve on Sept. 27.

There will be a 5 p.m. tailgate followed by a hall of fame presentation in the gymnasium. At 6:45 p.m. inductees will be introduced on the football field and the football game will begin at 7 p.m. against the Rogers City Hurons.

Bovan attended Oscoda Area Schools (OAS) from 7th grade, when his father transferred to the Wurtsmith Air Force Base, until he graduated in 1966. Throughout high school he participated in football and basketball. He played on the football team all four years playing varsity in 1964-1966. He was a junior in 1964 when his team was named undefeated conference champions playing full back and linebacker.

In his senior year he was selected first team all conference and received an all state honorable mention, according to nominator David Langley. He was also the leading tackler and scored 15 touchdowns that year. He also participated in basketball and played on the varsity team in his junior and senior years as a forward and center. In his senior year he won districts and scored 27 points in the district game, according to Langley.

After graduating from OHS in 1966, Bovan went on to play five years of football at Northern Michigan University (NMU), including being red shirted his freshman year. According to Langley, Bovan played cornerback his first year playing, linebacker sophomore year, nose guard junior year and left defensive end in his senior year. He was awarded the Golden Helmet Award in his senior year as well.

In 1971, he graduated from NMU with his bachelor’s degree in education and a major in physical education (P.E) In the Fall of 1971, he began teaching at Oscoda. Just a year later he started what would become his 25 year coaching career. In 25 years he coached freshmen and varsity football, wrestling and softball.

Additionally, along with some friends he co-founded the COLTS football program. He said him and his friends had to go downtown and talk with people in Oscoda about raising money for Oscoda football. He added that no one ever said no to him.

“The thing about football and Oscoda is Oscoda is fantastic, I mean I’ve done a few things here and there and when I wanted to grow a program or do something I had super support from all the people downtown,” he said. “They have no idea how much they have helped me and taken care of me. You cannot believe the people in Oscoda how good they were and I just love Oscoda more than I love me.”

To kick off his coaching career,  he began by coaching the freshmen football team from 1972-78 with one of those years being an undefeated year, according to Langley. While serving as the freshmen football coach, Bovan was approached by current editor of the Oscoda Press at the time and former Owner/PublisherBerkeley Smith and was asked to meet with the Tawas coaches to begin discussions about alumni football games. The games were played for four years and all the proceeds from the games were split between the booster clubs at both schools, according to Langley.

In 1976, he served as Judd Wainwright’s assistant coach for the wrestling team until 1985. In 1979, he became the assistant varsity football coach under Larry Quellman as defensive coordinator. In 1991, he took over as the varsity coach and retired from being the head coach in 1997.

“He was a very successful coach in softball and wrestling,” said Langley.

“I was probably most proud of my softball teams when I was coaching. I had some good girls they played really good,” said Bovan.

In 2016, Bovan was invited by NMU President Fritz J Erickson to be inducted in the NMU Sport Hall of Fame with the 1967 NMU football team.

In learning of his nomination into the hall of fame, Bovan expressed great gratitude and thankfulness.

“As far as being on the hall of fame probably the best thing I can say is the team I played with. I mean they were fantastic. There’s nothing else you can do. We were extremely great team wise, group wise, you couldn’t make it any better than what is was and who I played with,” said Bovan.

He also attributes much of his success to his high school and college coaches.

“The only thing that you have to understand is we had some great coaches, really really great coaches and they kind of took care of us, I guess I’d have to say,” he said. “I would never be where I’d be today without the coaches that we have now that were in that group. They all took care of me. They have no clue how. I probably had the greatest mentors in the world take care of me.”

Partly cloudy skies in the morning will give way to cloudy skies during the afternoon. High 83F. Winds SSE at 10 to 15 mph.