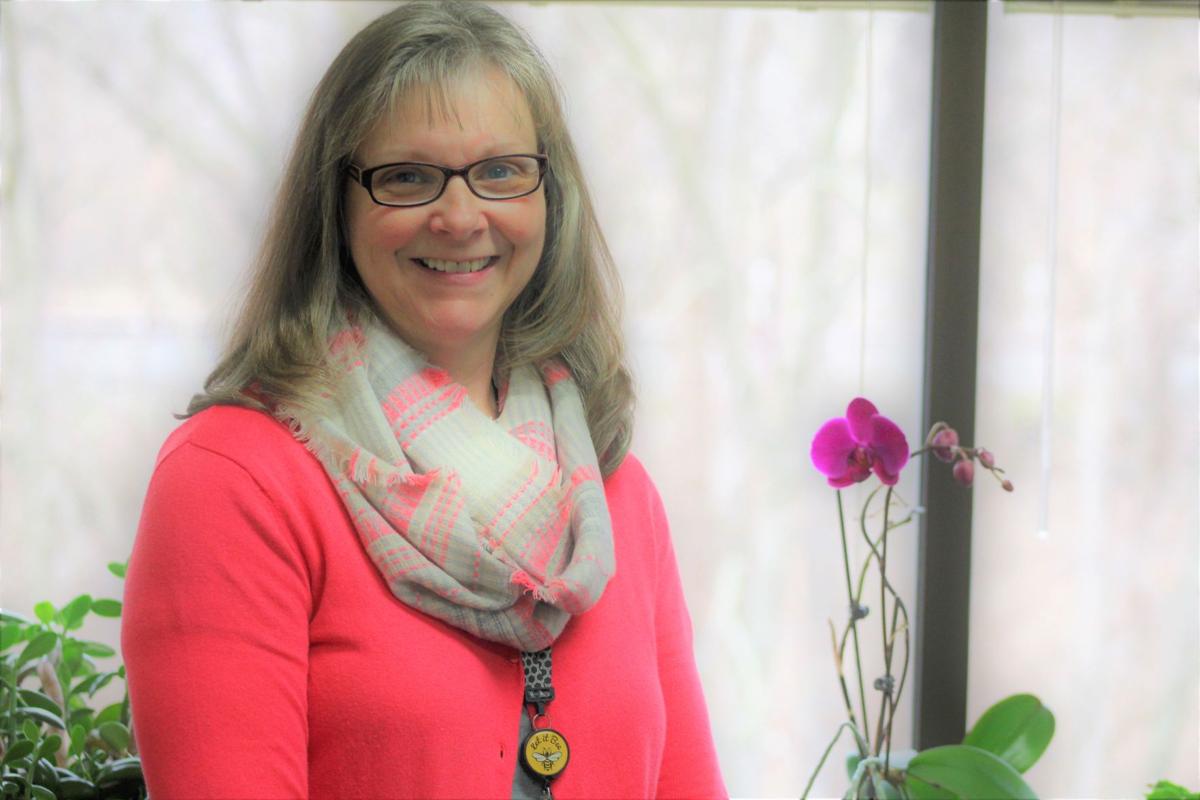 Mary Crew, administrative assistant to the director of the Regional Center in Montgomery County ESC, has survived three different types of breast cancer, all of which were diagnosed after undergoing her annual mammograms. 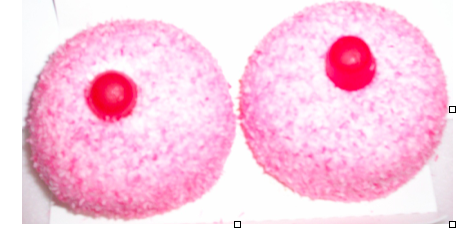 Mary Crew, administrative assistant to the director of the Regional Center at Montgomery County ESC and a three-time survivor of breast cancer, made cupcake breasts as a way to encourage her co-workers to get their annual mammograms.

Mary Crew, administrative assistant to the director of the Regional Center in Montgomery County ESC, has survived three different types of breast cancer, all of which were diagnosed after undergoing her annual mammograms.

Mary Crew, administrative assistant to the director of the Regional Center at Montgomery County ESC and a three-time survivor of breast cancer, made cupcake breasts as a way to encourage her co-workers to get their annual mammograms.

Women who survive breast cancer can serve as beacons of strength, encouragement and hope. Each story is as unique as the individual who lived it, but many of them share one commonality: It started with a mammogram.

Mary Crew can vouch for the importance of undergoing annual mammograms. Crew, administrative assistant to the director of the Regional Center in the Montgomery County ESC, was diagnosed three times with different forms of breast cancer. For 17 years, battling the disease dominated her life.

“Mammograms are preventive,” Crew says. “Early detection is everything. Having an annual mammogram saved my life.

“My doctors are amazed that I’m still alive.”

“That day, my life changed,” she says.

The following day, Crew received a call from her physician, who informed her right breast had a suspicious clump of calcium deposits. A biopsy confirmed a cancer diagnosis, leaving Crew shocked. The moment is burned into her memory.

“I dropped the phone and began bawling,” she recalls. “You automatically think it’s a death sentence. But the doctor helped me settle down and described how we’d get through this.”

The cancer was detected early because of Crew’s diligence with her mammogram, so it was not a death sentence.

She went in for surgery and had a portion of her right breast removed. After she recovered from surgery, she began radiation treatments, then began a regimen of hormone blockers because that particular type of breast cancer is hormone-driven. As a result, she went through menopause at age 38.

After surviving breast cancer, Crew was adamant about going in for her annual mammograms. Near the end of 2004, close to her five-year marker when she would be declared cancer-free, a mammogram revealed two new spots on opposite sides of her breast. Once again, a biopsy confirmed it was cancer — in both spots. The two cancers were different varieties, and both were different from her first cancer.

Crew has tested positive for HER2, which renders her genetically predisposed to a higher risk of breast cancer, but all three of her cancers were hormone-driven. She and her medical team decided she should have a total mastectomy with reconstruction. This time, her cancers were further developed than when the first one was caught.

After her mastectomy, she began two years of intense chemotherapy.

“I was completely bald!” she recalls. “I went to the store and bought every color ball cap I could find. Eventually, I got comfortable with it.”

Because she carried the HER2 gene, she followed up her chemotherapy by beginning a five-year treatment with another drug. On April 22, 2010, she finished all her treatments.

“I learned so many things during my cancer journey.,” Crew says. “Life can be short; make each day count. Be thankful for every day that God gives me. Hug your kids and husband every chance you get. And being bald isn’t so bad.”

Crew is still resolute about getting her own annual mammography, but she is also relentless when it comes to encouraging her co-workers get them. She went so far as to purchase two dome-shaped pink cupcakes and put pink Dum-Dums candies in the center of each to create a pair of breasts.

She snapped a photo and put it on her coworkers’ desks as reminders to get their mammograms. She schedules mammography appointments for her 85-year-old mother and takes her to the appointment.

Because of her mammograms, every day of Crew’s life is filled with love, family and ample amounts of joyful living.

“Get your mammogram,” she says. “Insurance covers it. It doesn’t hurt. It’s over in five minutes. Chemotherapy is not fun. I’d have a mammogram every day to avoid doing that again.”

When it comes to potentially life-threatening diseases like breast cancer, the best way to increase your odds of a favorable outcome is to have the condition identified and treated as soon as possible. That means not putting off important preventive care services. For women, getting a mammogram is paramount to good health.

According to the American Cancer Society, starting at age 40, women should begin talking to their doctor about screenings. Annual mammograms should begin by age 45. Around age 55, women can choose to transition to biennial screenings, but every woman 55 and older should continue to have regular mammograms. It’s important to discuss any changes in screening schedules with your doctor.

Were you aware that under the Affordable Care Act, you can get certain preventive health care services, covered at 100 percent, without any cost to you? These preventive health care services include wellness examinations with your physician, well-woman visits and mammograms. This means you can follow the breast cancer screening recommendations, including discussions with your doctor, for free.

Under the ACA, diagnostic services are also covered, but may be subjected to a copayment, co-insurance or a deductible. If you’re diagnosed with breast cancer, check your plan documents to find out what your financial obligation may be for diagnostic and treatment services.

While getting wellness checkups and a mammogram for free is an important part of your health benefit package, the greatest benefit of all is safeguarding your health and happiness. If you haven’t yet, schedule your mammogram today.