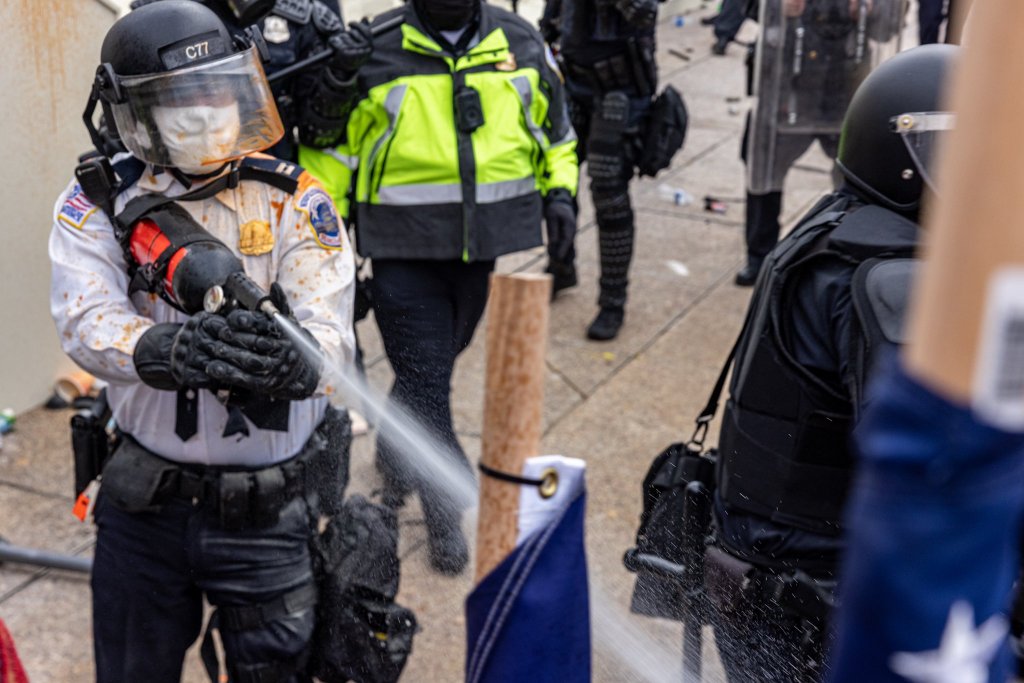 Former President Donald Trump and his Republican allies, including many in Michigan, are leading a years-long attack on American democracy that could result in the country being run by an authoritarian government not elected by the people, political experts said during a Wednesday press conference regarding the upcoming Congressional hearings on the Jan. 6, 2021, insurrection at the U.S. Capitol.

“I used to work at the State Department, and I know from my time there that what happens in a country where there’s an attempt to overturn Democratic elections can lead to terrible results,” Debra Perlin, the policy director at the Citizens for Responsibility and Ethics in Washington, said at the press conference. “That leads to authoritarian states; it leads to undemocratic elections. And if what happened on Jan. 6 happened in any other country, we would have called that undemocratic. And so that’s important for us to keep in mind as we move forward into these hearings and recognize the importance of what happened and make sure that there’s accountability so it doesn’t happen here again.”

Perlin was part of a group of political experts that spoke during Wednesday’s press conference held by the Defend Democracy Project, a national campaign promoting the importance of the public hearings into the deadly Jan. 6 insurrection that was led by Trump supporters attempting to overturn the results of the 2020 presidential election.

President Joe Biden won the 2020 election, and his victory has been confirmed by a steady stream of Republican-led investigations and audits. Led by a bipartisan U.S. House committee investigating the insurrection, the Jan. 6 hearings will begin on Thursday and will be available for the public to watch.

The hearings are the culmination of a widespread investigation that has included more than 1,000 interviews – including with Michigan officials like Secretary of State Jocelyn Benson – reviews of some 125,000 records, and subpoenas of people from Michigan and six other states who attempted to overthrow the election by submitting electoral certificates falsely showing that Trump won.

Those involved in the Jan. 6 attack must be held accountable for their actions. We cannot allow our leaders to violently control the outcome of our elections for their own gain. These special hearings into the actions of those who attacked our democracy have a direct bearing in Michigan. The attacks on voting rights are ongoing.

– Christina Schlitt, co-president of the League of Women Voters of Michigan

The evidence collected by the committee suggests a “coordinated, multi-step effort to overturn the results of the 2020 presidential election and prevent the transfer of power,” according to a Tuesday statement from the committee.

“In America, as in Michigan, the voters decide who our leaders are,” Christina Schlitt, co-president of the League of Women Voters of Michigan, said at the press conference. “The perpetrators of the Jan. 6 attack used violence in an effort to invalidate the will of the people in an election that was proven fair and secure.

“Those involved in the Jan. 6 attack must be held accountable for their actions,” Schlitt continued. “We cannot allow our leaders to violently control the outcome of our elections for their own gain. These special hearings into the actions of those who attacked our democracy have a direct bearing in Michigan. The attacks on voting rights are ongoing. The Michigan Legislature put up more barriers through a number of voter suppression bills…, making it more difficult for millions of Michigan voters, even when voters in Michigan voted overwhelmingly in 2018 to make voting more convenient and more accessible.”

These attacks on democracy have led the state and country to an alarming place in which the future of fair elections are not guaranteed, experts said.

“I had the opportunity to serve as a firefighter back in the 80s here in the city of Detroit, and this moment is the equivalent of a five-alarm fire,” said Heaster Wheeler, the political education director for the NAACP’s Detroit branch.

Republican efforts to restrict voting across the country, including in Michigan, are directly tied to the conspiracy theories surrounding the 2020 election and the Jan. 6 attack and result in already marginalized voters, including Black Americans, being further disenfranchised, Wheeler said.

“Our former president and his allies, including those in the Michigan Legislature, want to erect barriers to voters in underserved communities, African-American communities, Latino and Hispanic communities, low-income voters, people with disabilities, and others will have a more difficult time [voting],” Wheeler said. “In Michigan, these facts include such things as Trump calling Monica Palmer, chair of Wayne County’s Board of Canvassers, to ask her to rescind to certify Biden’s victory in the county,” Byrum said. “The Trump campaign attempted to convince Antrim County’s prosecutor to seize voting machines for Trump representatives…Trump campaign officials, led by Rudy Giuliani, oversaw efforts to put forward a slate of 16 illegitimate electors in Michigan, including [Michigan Republican National Committeewoman] Kathy Berden and [Michigan secretary] Mayra Rodriguez, who are both under subpoena by the committee.”

The continued fallout from the Jan. 6 attack poses mounting danger to the future of democracy in the United States, experts said Wednesday.

“It’s not just about an attack on the Capitol or the Congress,” Defend Democracy Project Co-Chair Leslie Dach said. “It’s an attack on our country and our fundamental principles, and it’s an attack that continues to this day. These efforts to deny Americans the right to choose their own leaders is still very much underway.”

It’s not just about an attack on the Capitol or the Congress. It’s an attack on our country and our fundamental principles, and it’s an attack that continues to this day. These efforts to deny Americans the right to choose their own leaders is still very much underway.

In Michigan, for example, Byrum pointed out that high-profile Republicans – including lawmakers and candidates running for governor and secretary of state – continue to espouse conspiracy theories that Trump won the 2020 election.

“MAGA Republican candidate for Michigan Secretary of State Kristina Karamo has frequently alleged election fraud and joined an ‘American First’ coalition seeking to elect QAnon-friendly Republican secretaries of state in the 2022 midterm elections,” Byrum said. “Matthew DePerno, a Trump-endorsed candidate for [Michigan] attorney general, has declared a broad mandate to use election conspiracy theories to prosecute public officials suspected of participating in so-called election fraud during the 2020 election. So the stakes are high, and we have facts that have presented themselves here in Michigan to be concerned about.”

Perlin noted her organization recently released a report with the Brookings Institute, a centrist Washington D.C.-based think tank, that alleged there is “significant evidence” that Trump and several of his allies – including outside counsel John Eastman, administration lawyer Jeffrey Clark and former White House Chief of Staff Mark Meadows – “violated federal and state laws and should be held criminally responsible.”

“It’s really important for us to keep in mind that Trump knew he lost a free and fair election … so any defense of Trump’s actions really are not appropriate,” Perlin said.

Originally published on michiganadvance.com, part of the TownNews Content Exchange.

Sun's Out Fun's Out July-August 2022 edition