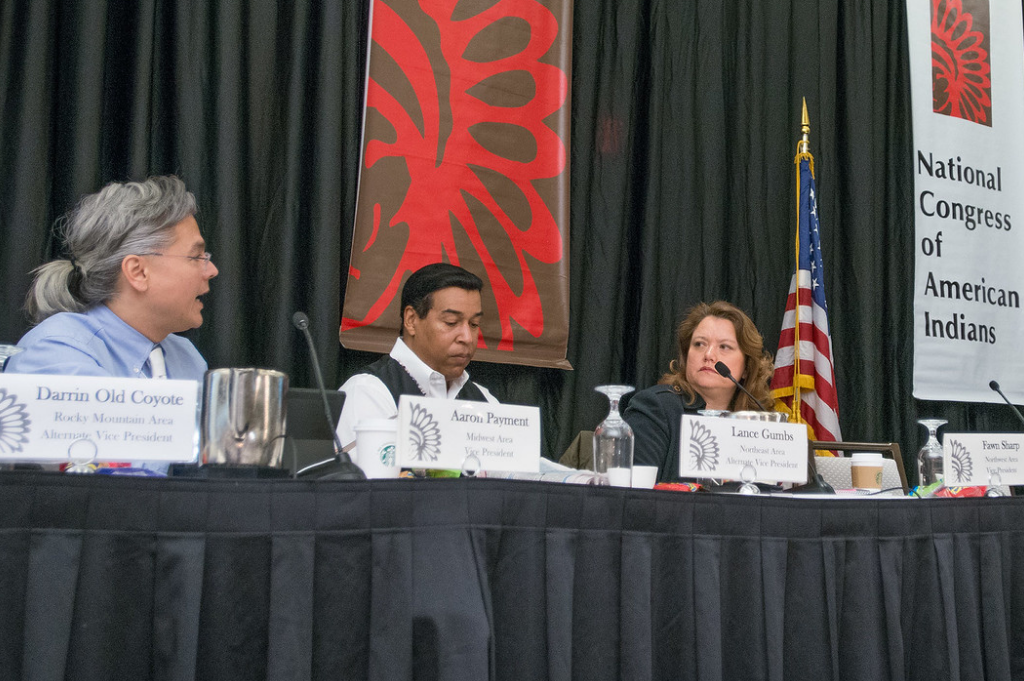 Aaron Payment has resigned Tuesday as chairperson of the Sault Ste. Marie Tribe of Chippewa Indians after leading the tribe for 10 years.

The exact reasons for and nature of his departure are so far unclear. Payment did not return several requests for comment, nor did Vice-Chair DJ Hoffman.

But Payment’s tenure had been the focus of conflict for months within the tribal government. In January, 10 of the 12 members on the Sault Tribe’s Board of Directors voted to censure Payment and have a legal firm investigate nearly a dozen allegations of misconduct.

Payment told the Advance at the time that the internal attempt to oust him was nothing more than a “political coup.”

He resigned Tuesday evening during a Board of Directors meeting, which at one point went into closed session.

“Aaron Payment resigned tonight as the chairman of our tribe. He served our tribe for many years- through good times and bad times,” Lowes wrote. “I would like to thank him for his service and wish him luck moving forward. It is my sincere hope that our tribe moves together in a positive direction.”

Earlier on Tuesday, Lowes prefaced another post with: “Tribal elections sometimes bring out the worst in us.”

Payment, who has been the tribe’s chairperson since 2012 and also serves as secretary of the National Congress of American Indians, wrote an ominous Facebook post prior to the board meeting that suggested an unfavorable outcome for him.

A Facebook post Wednesday morning from Payment reads: “I appreciate any positive posts here but please for the sake of healing for our Tribe, No negative posts please.” Comments on the Facebook status are limited.

In January, the board of directors alleged that Payment had violated his duty to maintain an environment “free of harassment and intimidation” and had “continually committed malicious public attacks upon Tribal members,” among other claims.

Payment had denied the veracity of the allegations but told the Advance he expected to be removed by the board regardless of the outcome.

It is unclear so far what evidence, if any, had been provided to the board through the investigation.

GET THE MORNING HEADLINES DELIVERED TO YOUR INBOX

Originally published on michiganadvance.com, part of the TownNews Content Exchange.