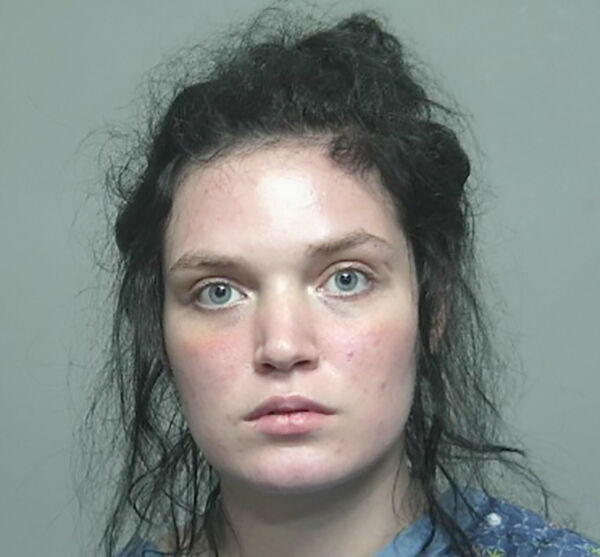 JUSTINE MARIE JOHNSON, 22, Oscoda, was arraigned on charges of felony murder and 1st-degree child abuse, both punishable with life sentences in prison, after investigators say she allegedly stabbed her 3-year-old daughter to death. 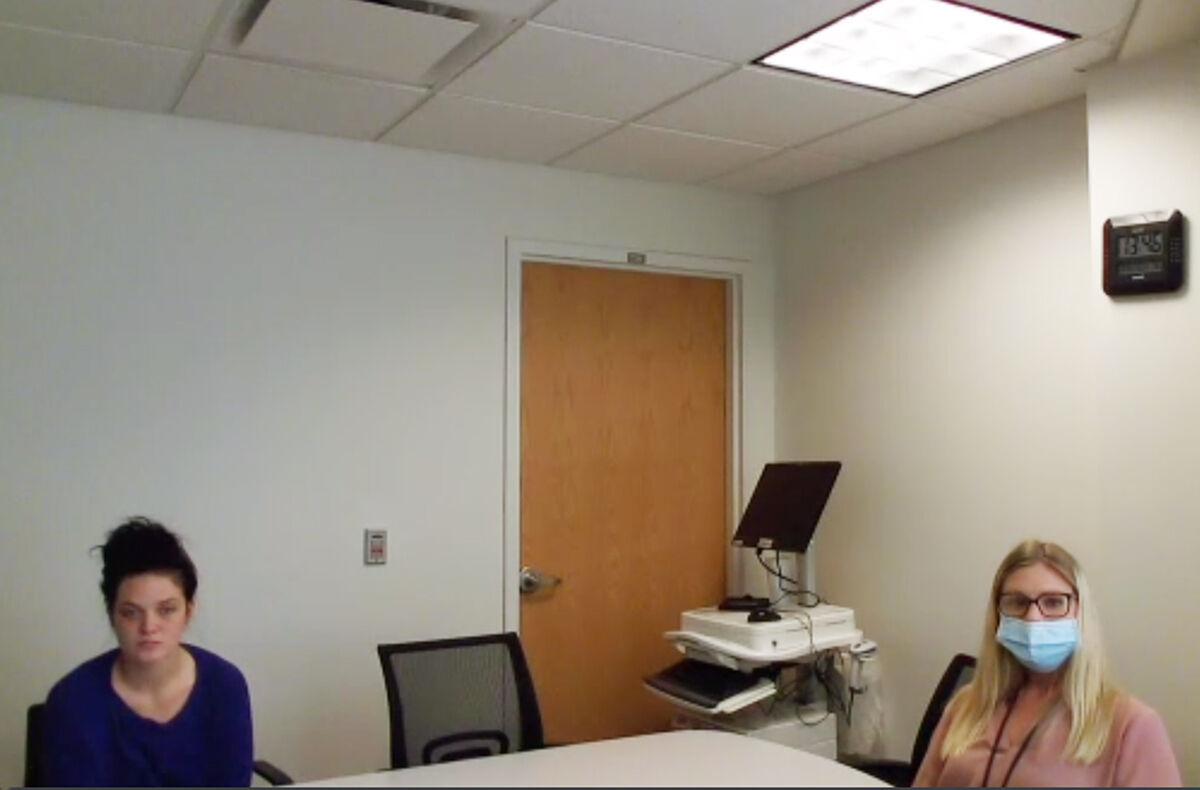 Justine Johnson, pictured at left, during her Sept. 20 arraignment on murder and 1st-degree child abuse charges. She is being held in a Saginaw facility and attended the 81st District Court for her arraignment via Zoom.

TAWAS CITY – Police say an Oscoda woman allegedly stabbed her three-year-old daughter to death before leaving her child in a trash bag at the murder scene.

Justine Marie Johnson, 22, was arraigned on two felony counts in Iosco County’s 81st District Court during a hearing, held over Zoom, on Monday. Those charges include homicide-felony murder and first-degree child abuse, both felonies punishable with sentences of life in prison. Johnson is currently in a facility in Saginaw.

Iosco County Prosecuting Attorney James Bacarella has sought charges against Johnson of the crimes after her deceased three-year-old daughter was found in her Oscoda home on Cedar Lake Road in the early morning hours of Friday, Sept. 17, by a family member.

Oscoda Township Police Department officers were dispatched to the residence, where Johnson sometimes lived, after one of Johnson’s family members allegedly found a foot protruding from a trash bag inside the home. The family member called 911 after the grisly discovery. Police say the child was deceased and suffered from multiple stab wounds to the torso. Police also said that the female child’s maternal grandmother was the child’s primary caregiver.

Officers found Johnson at almost 9 a.m. walking the railroad tracks near Vaughn Trail in Oscoda Township. She was picked up and taken to the Oscoda Township Police Department station for questioning in the incident.

Meanwhile, Oscoda officers and a Michigan State Police forensics lab set up an investigation of the murder scene at the Cedar Lake home to gather alleged evidence in the case, while officers questioned Johnson. Their investigation, according to Bacarella, led to warrants for her arrest on the murder and child abuse charges.

Judge Christopher Martin oversaw the hearing in 81st District Court, where Johnson pleaded not guilty to the charges. She showed little emotion during the hearing, but was responsive to questions and said she understood the proceedings.

During the hearing Johnson’s public defender asked that bond be set for Johnson at 10 percent cash/surety of the bond amount. He said this would allow Johnson’s family to retain an attorney if they wished, as well as post bond for her release pending further court action.

Bacarella argued that Johnson was an alleged danger to the community.

“This was a very violent and brutal murder,” he said. “We have genuine concerns for the public’s safety, and there is also the fact that Ms. Johnson has engaged in self harm since the crime.”

Martin said because of the very serious nature of the crime he was not going to set bond at this time, and ordered that Johnson remain locked in the Saginaw facility or the Iosco County Jail for the time being.

He also set a probable cause conference for Sept. 28 at 10 a.m., which would give Johnson time to seek counsel. Johnson said she understood that she could, at anytime, seek legal counsel and get a court appointed attorney if she wished.

According to a police report, after the report of the foot being found, officers arrived at the scene at 3:50 a.m. to discover the child, who had been wrapped in a blanket, placed inside a trash bag and then placed inside a round plastic tote.

A relative and fellow resident of the home told police that before the report of the deceased child, he awoke at 6 p.m. to use the rest room. This was on the evening prior to the early-morning discovery of the child. The relative told police that Johnson was allegedly using drugs in the home. He asked Johnson where her child was, and was allegedly told to “mind his own business.”

The relative told police that he noticed Johnson was no longer in the home by 7 p.m., when he took a shower and left the residence to meet a friend until returning to the home at 10:30 p.m., noting that Johnson was not at the home when he arrived back.

The witness’s brother, who arrived at the home at 3:30 a.m. from work on Sept. 17, said that the aforementioned relative began searching the house for Johnson, when the deceased child was allegedly found, and 911 was immediately called.

According to the report, forensic specialists allegedly found items of bloody clothing inside the bag where the child was located, with two witnesses saying that at least one item of clothing, a black sweater, was owned by Johnson and worn by her the night before the child was discovered.

Police, in their report, further stated that when she was apprehended, Justine Johnson was very calm  and unemotional and “did not wish to talk about the death of her daughter,” with officers.

As of press time, no motivation for the alleged murder has been discussed in court or highlighted in court documents. Police have indicated the investigation is currently open and ongoing and ask the public to contact officers with any information by calling 739-9113 or by calling Crimestoppers at 1-800-773-2587.