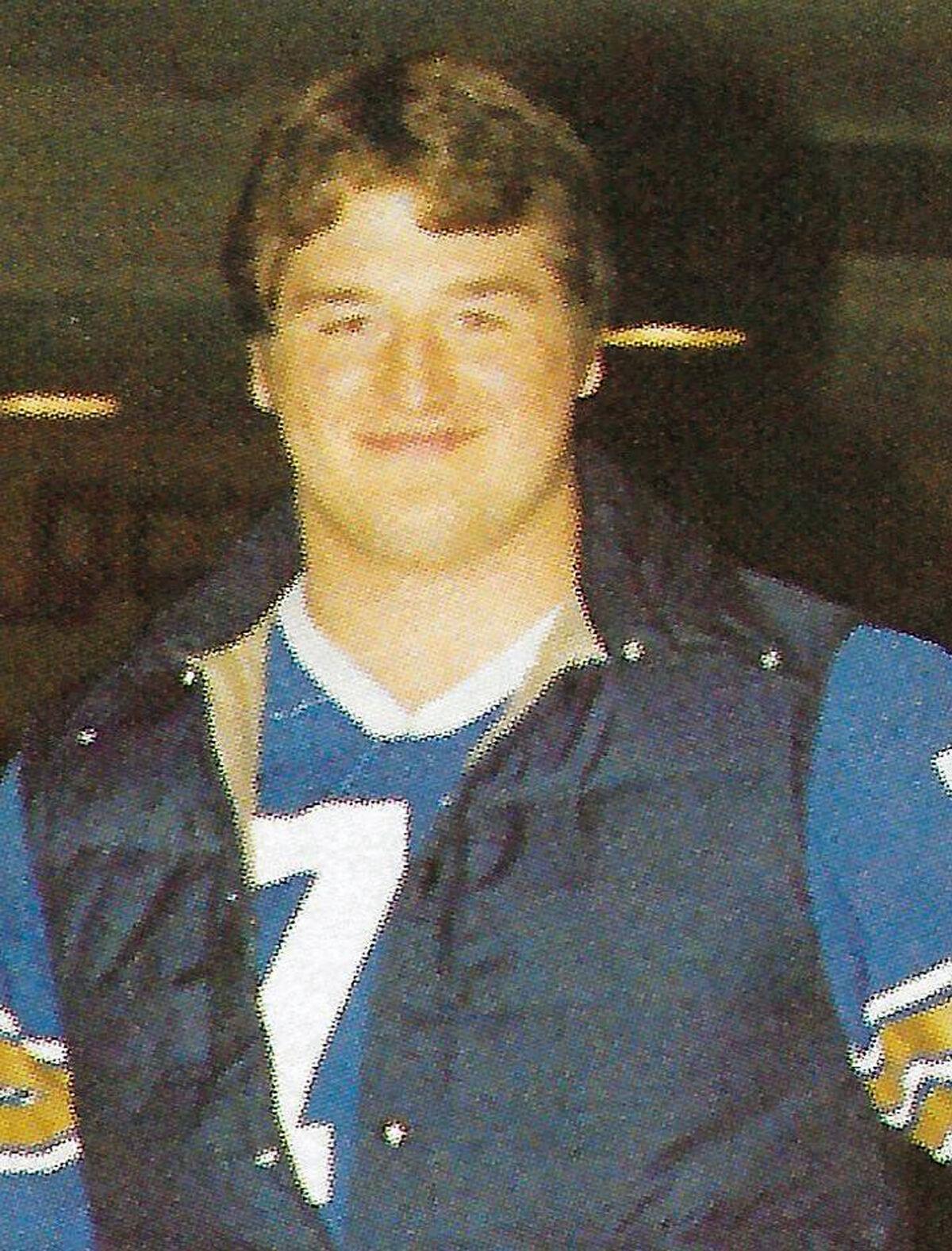 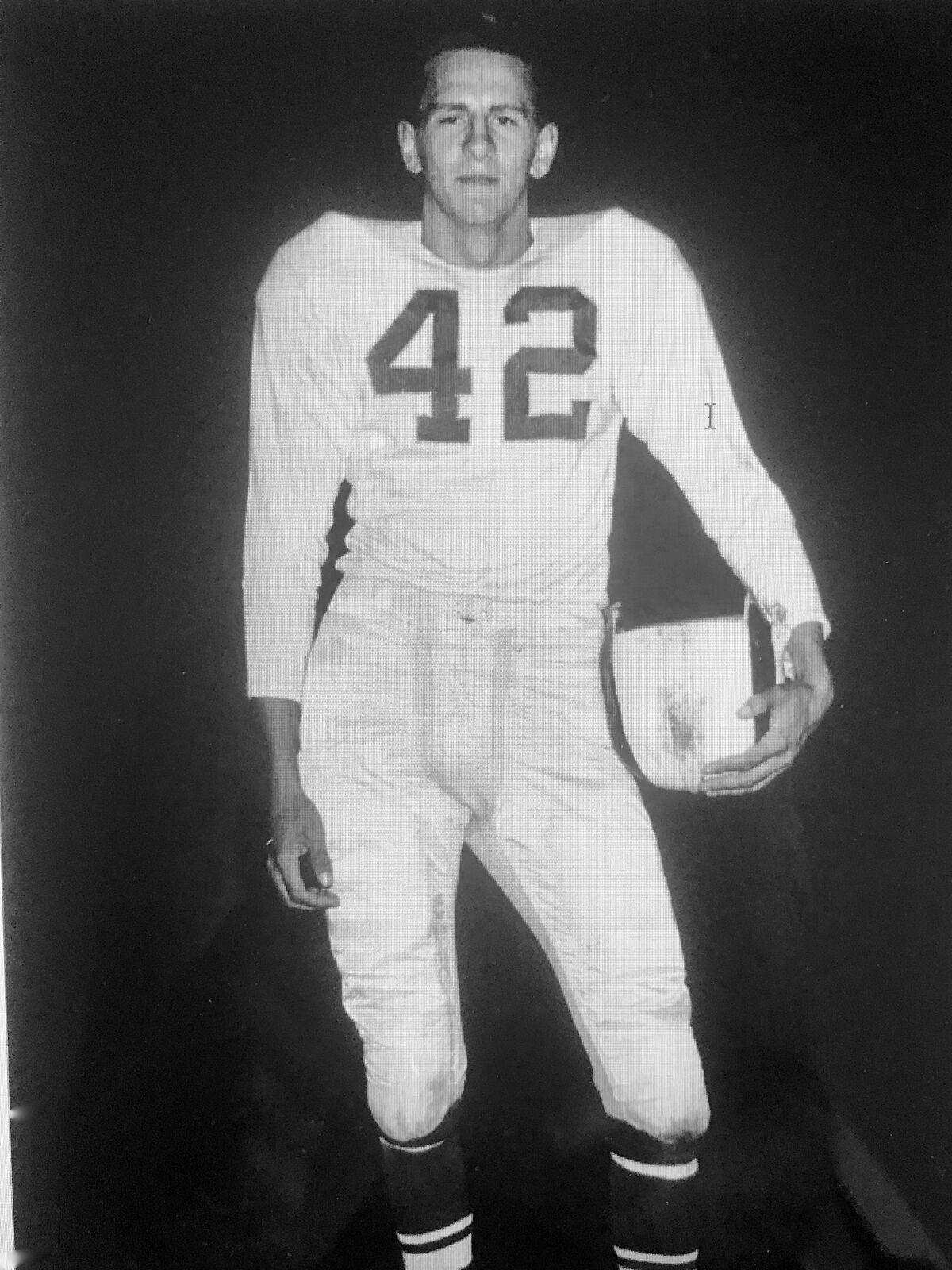 OSCODA – Class of 1958 Oscoda High School (OHS) graduate Kenneth Senter is one of seven being inducted into the OHS Athletic Hall of Fame this month.

In Senter’s high school career, he participated in four sports including, football, basketball, baseball and track, as well as, band as a clarinet player and a member of varsity club. He said he participated in track his freshman year, but focused on the three other sports and band for the remainder of his high school career. He was nominated to be inducted by his wife, Lorraine Senter.

“I felt he deserved it,” said Lorraine.

Throughout his high school career in band, he was first chair for three years and attended Interlochen National Music Camp in ninth grade. In the fall he would play football, at 6’3 he played left half on offense and safety on defensive, punting and kicking off an average of 42 yards. In 1956, he scored three touchdowns with a team record of 11-8. He played on the varsity team for three years and was co-captain his senior year.

“Ken loved all the sports and it showed in his attitude to never give up, give your best until the last second. Ken gave 110 percent whether playing football, basketball, baseball or band,” stated Lorraine in her nomination.

In the winter he played point guard in basketball as a first string for three years and co-captain. In 1957 he was awarded many accolades alongside his team  including league all star, all league, conference champions, Class C district champions and league co-champions

“In basketball he always guarded the highest point player on the opposing team. In the finals, he kept the highest scorer down to single figures. In regionals he kept high scorer in single figures,” stated Lorraine in her nomination.

In the Spring he focused on baseball where he played as a first string short-stop for four years and received all league for three years. According to the statistics provided by Lorraine, he held a 400-500 batting average.

In his junior year, a scout from the Detroit Tigers came to watch him and said he would be back the following year. Ken said the scout didn’t return the following year, unfortunately, because the position was filled and they were looking for pitchers.

In 1958, he graduated and went on to play baseball on a Class A team in Pontiac in 1959. He worked at The Grand Blanc Metal Center, also known as the Fisher Body Tank Plant and retired in 1991.

He moved to Lincoln after that and now spends his days hunting and fishing. He has been married to his wife Lorraine for 63 years, and they have a son named Craig. They will be in attendance at the induction on Sept. 24. In regards to how he responded to the news of his nomination he said he was very honored.

Senter will be inducted alongside Joel Mikazes who participated in football and wrestling and suffered two major injuries in his sports career throughout high school and into college. Although Mikazes participated in both sports, his focus from the end of his high school career on was wrestling. He was nominated by Judd Wainwright.

“Joel was a team player and very coachable, he wanted to win for the team, the school and the community. He played like he practiced, hard and by the rules,” stated Wainwright in his nomination. “Joel encouraged his teammates to do their very best and praised them when they did just that, always a gentleman and a pleasure to coach. Joel was one of the elite athletes to pass through OHS.”

In the fall Mikazes played football, where he made it to the varsity team during his freshman year. He was a team starter on offense and defense. In the winter he was a wrestler, participating in a 275 lb., weight class, but in the winter of 1980 he suffered a leg injury while wrestling in the Oscoda Invitational Tournament.

He returned to the football field in the fall of 1981. In his senior year, he received all state tackle. In the winter he wrestled, in 1981-82 he was a regional champion and was a team captain senior year. His overall record in his high school career is 120-29 (.805) with 101 pins. Additionally, his dual record of his high school career is 57-7 (.891) including a string of 42 consecutive wins and a school record of 21 consecutive pins.

In 1982, he received all state and finished second at state finals in wrestling. He graduated from OHS in 1982 and went on to wrestle at Ferris State University, where he made it to the National Finals twice. One of those times being a sophomore in 1984, when he suffered an injury again, it was then that he decided to start a fleet service business. According to Mikazes, he has received eight surgeries on the leg injury.

In response to receiving the news of his nomination, he said that its an honor.

“It is an honor for sure. I never thought that I was that level of an athlete,” said Mikazes.

Now he is a certified welder, a owner of multiple businesses and has worked on projects across the world. He has been married to his wife Dawn for over 30 years, and has two children, a son named Antavius and a daughter named Hannah.

Both individuals will be inducted at the Sept. 24, hall of fame presentation for their dedication to OHS sports.